So, what is this Mercury Model all about?

The Mercury Model can improve learning and kick-start mutually respectful communication with people of all ages, both genders, from any culture, on any topic, in any situation – from classrooms and living rooms, to boardrooms and bar rooms. 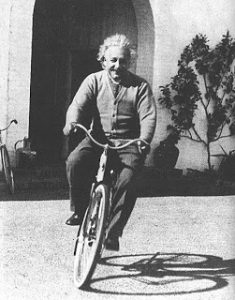 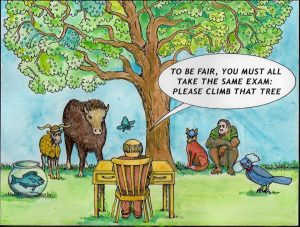 The Mercury Model takes this inspired quote one step further by easily identifying and accurately describing how our particular mind ticks – naturally and uniquely. It shows which of us can mentally climb trees and which might excel at underwater breathing instead. It dispels the huge but commonly held misconception that a mind is a mind and they all function in much the same way, like an elbow joint or a washing machine. Yet this ‘one-size fits all’ attitude contributes significantly to the exclusion of thousands upon thousands of young people from classrooms and schools every year.

The Mercury Model does not comment on observable qualities such as outward behaviour or personality. It does not mention feelings, values or ambitions. Instead, it focuses on the hidden place of the mind and comments on personal uniqueness in mental dynamics.

In this technological era, with great emphasis placed on sharing information, people are in fact not communicating any better. Despite extraordinary advances in digital communication, individuals are still disaffected and relationships are struggling as much as ever. It would appear that we’ve missed something fundamental about connecting with each other.

The Mercury Model offers the means to turn that around. The truth is that we are all wired differently. We think and learn differently, we communicate differently, and every one of us has natural mental strengths. Fish may be unable to climb a tree, but it’s a monkey’s favourite activity.

The Mercury Model is new – this information has not been available before. We might have anticipated that this insight would have come from psychological or educational theory, but it has not. It is still not available from those sources. A breakthrough about personal uniqueness in thinking and learning would have to come from an unexpected direction.

Drawn from decades of studying the mysteries of the universe through a variety of lenses, from hard science to soft science, and using the principle of mental synthesis discussed in my books, I have linked elements of mythological archetypes and the ancient wisdom of astrology, to produce the Mercury Model. The identification of individual cognitive function and learning dynamics is based upon the astronomical position of the planet Mercury at birth. Personal learning styles can be identified in moments using the Learning Style Tables in my books.

The bottom line is that it works!

‘Strategic application of the Mercury Model will transform communication across individual and organizational boundaries.’

Helyn Connerr Copyright © 2019 - Created and Powered by Your Website Company